The New Name of Amata Nakorn Amata Nakorn Industrial Estate, Chonburi, is Amata’s flagship estate, covering 4,330 hectares of land. Established in 1989, it serves more than 700 multi-nationals and local companies as a manufacturing home employing over 200,000 people.   In 2010, the state-of-the-art industrial city made the top ten for best economical potential in a global ranking of economic zones by fDi Magazine.

In order to be in line with Amata projects regionally, Amata decided to rename Amata Nakorn Industrial Estate, Chonburi, effective January 18, 2018 to:

Consistent with its name change, Amata City Chonburi aims to become an international modern smart city developer and a learning center for smart-city development in this region. Spurred by the new Thailand 4.0, which the Thai government intends to promote a value-based, innovation-driven economy and further development of the Eastern Economic Corridor, Amata has established new policies to improve the sustainability of company operations.

As such, Amata City Chonburi will continue to lead Amata’s other industrial city projects in the region: 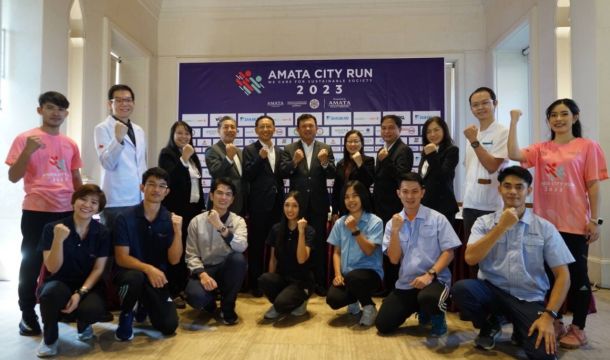